CardBoard Live at Mythic Invitational IV: everything that happened.

We just witnessed the exciting conclusion of #MythicInvitationalIV in Barcelona, with Thoralf Severin crowned as the new Mythic Champion. Congratulations to Thoralf and all the participants who played their hearts out to compete at the highest level!

First, we enabled a brand-new decklist view that is designed for clear viewing: 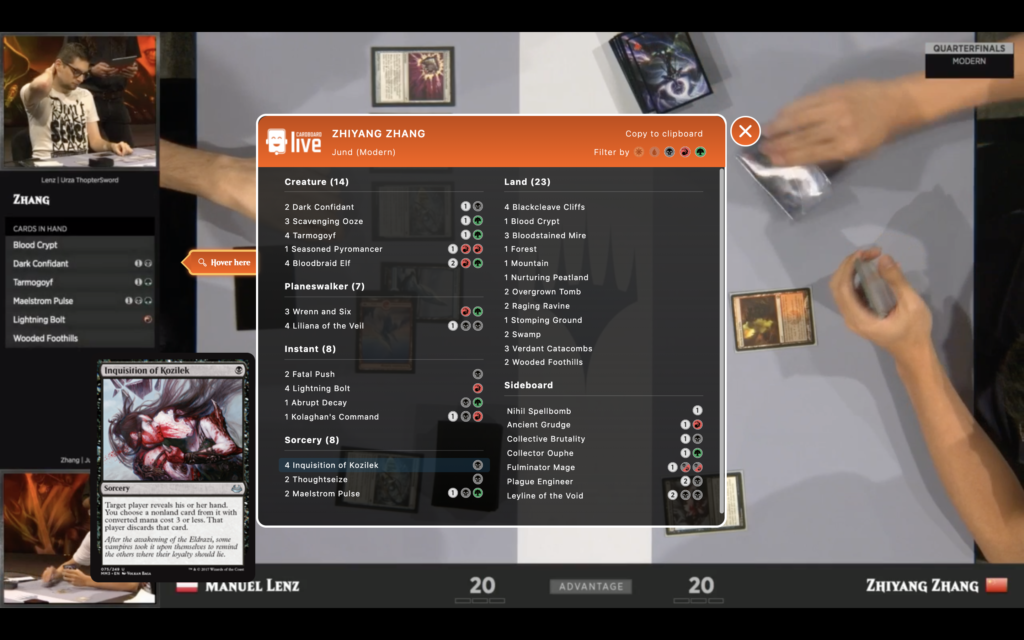 Next, we enabled the full metagame breakdown for all viewers: 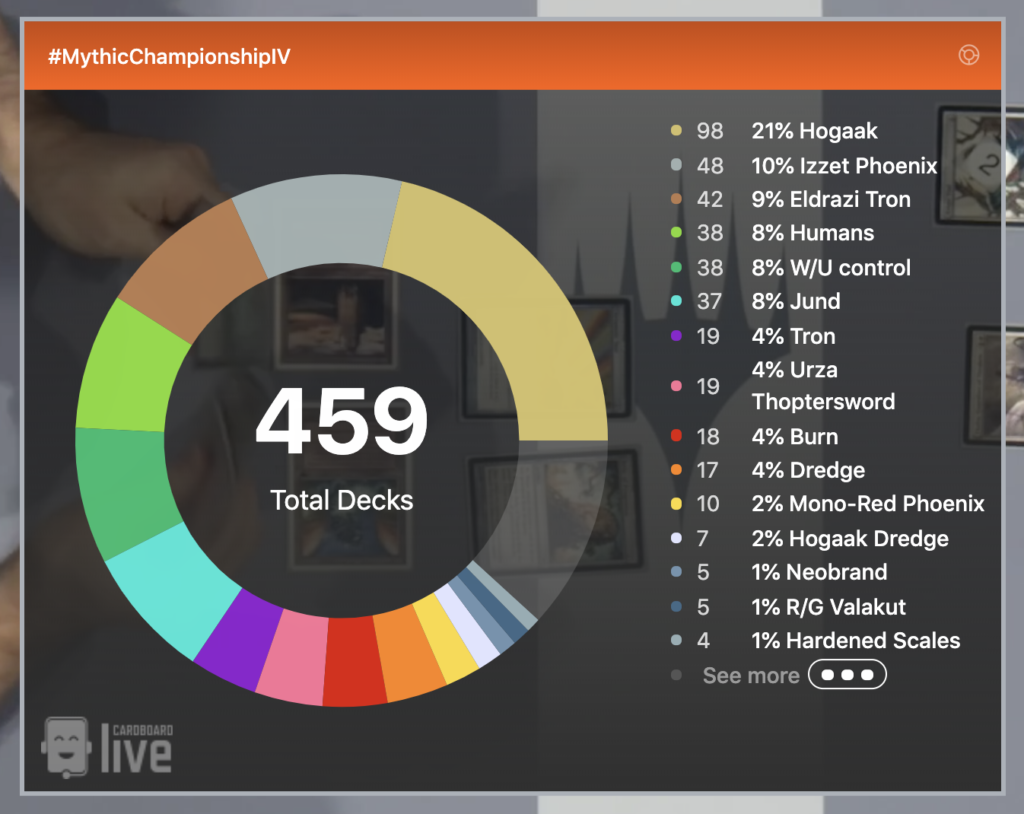 Last but certainly not least, we unleashed, for the first time… 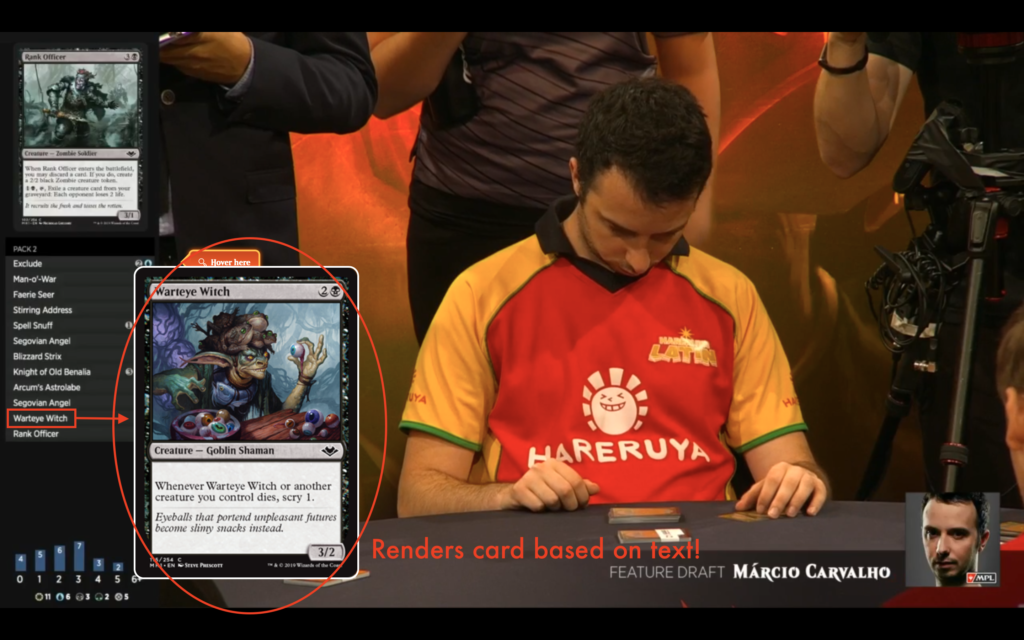 A new innovation: text/image recognition technology that renders the appropriate Magic card based on what you highlight.

Viewers were quick to notice:

I don't know much about Modern, but the @cardboardlive overlay on #MythicChampionshipIV is helping to change that! Great addition to the @wizards_magic broadcasts for sure.

During just the last 12 months, @cardboardlive has done more to make both Limited as well as general @MagicEsports coverage more accessible than anyone else before. And with all the stuff that's yet to come, this is still just the beginning! 🔥🔥🔥🔥🔥 https://t.co/Dj60tyqVdQ

This new @cardboardlive overlay on MTG coverage is really nice, and improves the quality of these broadcasts a ton! There's lots more to it than in the pic here. pic.twitter.com/FyczfxycqZ 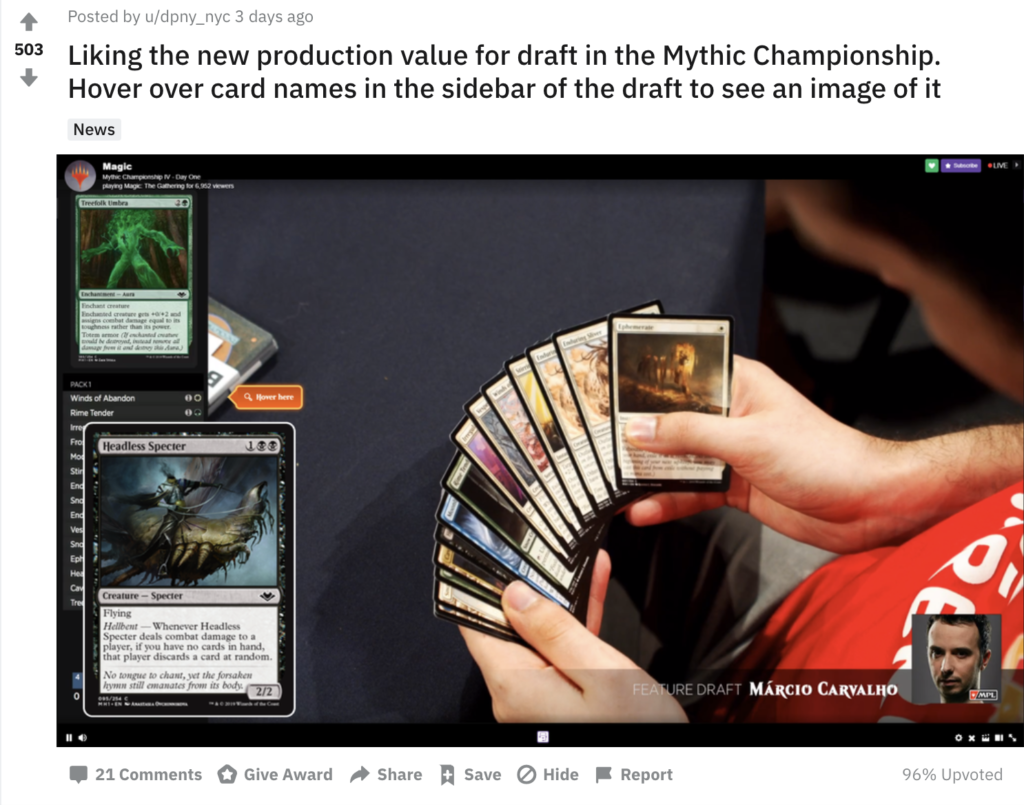 We also received a boost from our friends at WOTC:

Hey, @cardboardlive, we ❤️ you

We love you too, Magic Esports!

We are taking all of the community feedback to further improve the Magic viewing experience. More features and innovations will be announced, so keep your eyes open at #MythicInvitationalV.

We continue to power live coverage of all major Magic tournaments, including the SCG Tour and ChannelFireball MagicFest GPs.

Who is building CardBoard Live?

Because we’re in beta, we save the coolest updates exclusively for our email list.